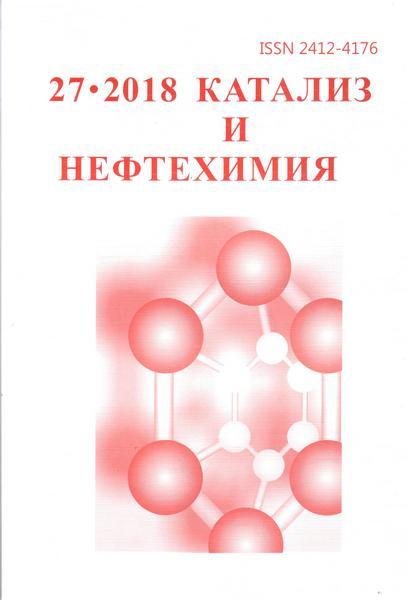 The purification of industrial wastewater is one of the most important problems nowadays. Industrial wastes can contain practically all existing chemical substances: heavy metals, phenols, formaldehyde, organic solvents (xylene, benzene, and toluene) etc. The photocatalysis is one of the environmental friendly technologies used for the removal (degradation) of the toxic organic pollutants which can be realized directly under the solar radiation. As result, great attention is paid to the use of titanium dioxide as effective photocatalyst for hazardous substances destruction. The disadvantage of this catalyst connected with its absorption of UV radiation, which is only 5 % of the sunshine spectrum. So, one of the main goals for an increase of the TiO2 usage as effective photocatalyst is the shift its absorption spectrum in the visible region. Consequently the intensive studies are connected with titania doping by various impurities, including nitrogen. Another technological disadvantage of TiO2 is its using in form of dispersed (particles with mm or µm size) powders. The photocatalytic decomposition of benzene was carried out on N–TiO2/SiO2 catalysts. For the synthesis of samples, the method of one-step deposition of TiO2 using a mixture of TiCl4 and urea on the surface of silica gel was used. The effect of heat treatment (300–600 °С) on the properties of the obtained samples was studied. Physicochemical methods established the formation of a nanosized layer of titanium oxide, in which nitrogen is present, on the surface of the support. It was shown that the synthesized supported samples exhibit photocatalytic activity in the degradation of benzene under visible light irradiation, unlike massive titanium oxide, which is inactive in this range. From the comparison of photocatalytic activity of N–TiO2/SiO2 samples prepared by different annealing temperature, it was found that sample annealed at 500 °C was the most active. Increasing of the heat treatment temperature to 600 ° C leads to a decrease in the activity of the synthesized samples. This may be due to both a decrease in the amount of nitrogen in the titanium oxide matrix and the aggregation of oxide particles and its partial transformation to inactive rutile phase.